So here I am lying on the bed looking at the ceiling, clutching my stomach and trying not to think about my nether regions that are currently on fire.  A high temperature, together with a crippling water infection has necessitated a lie down in a darkened room. Tunelessly humming the entire soundtrack from Mamma Mia at breakneck speed, has not helped ease my predicament either.  A quick text from my new-found English friend Nadine advises me of the medication I need fetching from the Eczane – that’s chemist to me and you.  Although her text which read “Too much shagging bird!” didn’t exactly smack of tea and sympathy and frankly as at this time I was subsequently, thinking of embracing life-long celibacy, it was irrelevant.

Having done my best Exorcist impression, complete with swivelling head, cursing and projectile vomiting, I dispatch a very alarmed Ahmed with a handwritten note and ten minutes later he returns, not with the requested medication but the extended Turkish family who live in the house opposite; men, women and children not to mention the odd family pet

Dear Lord, please tell me that they are not here to bury me!  Apparently not, it would seem that well-intentioned Ahmed, has sought the help of his fellow countrymen in the form of our neighbours.  Now normally I would appreciate the help and concern of sympathetic visitors, but owing to the delicate nature of my ailment, this is just too damn much!

Clearly they are not going to go until the exact nature of my illness has been determined. With the help of my trusty dictionary, purchased back home in WH Smith for the princely sum of £8.99, I am able to spell out bladder infection.  Slowly recognition dawns in the eyes of one of the family members and this is then loudly related to the remainder of the family followed by big “ooohs” and “aaahs”; not to mention the odd guffaw and wink in Ahmed’s direction.  So its official, I cannot possibly be humiliated more than I already am.  The elderly women of the family, dressed in traditional costume of headscarves and bloomers, then depart for the kitchen and return a short while later with some dubious smelling concoction which they insist I drink.  I say insist because clearly if I do not drink this I am going to have a fight on my hands of WWE Smackdown proportions.  My enquiries as to the nature of the ingredients of the potion are met with stony silence by the Turkish ladies. Ahmed also suddenly seems to struggle with his understanding of the English language!  Quel surprise!

I reluctantly drink the vile tasting potion, not wanting to spend the week in traction.  Clearly, my humiliation is not yet over as the eldest of the Turkish women brings a rancid steaming hot rag into the bedroom where she and another elderly woman proceed to try and disrobe me of my underwear!  Now just a goddamn minute……………..

Two minutes later and it’s all over bar the kicking and screaming.  I have lost to a better and more intimidating woman, with more facial hair than a North American brown bear. Not to mention breath that could fell an ice road trucker at ten paces.  Prior to this I thought the searing sensation was bad, now my child-bearing regions are scorching in the fires of hell.  As I lay there imagining what outfit I am going to bury Ahmed in, the pain gradually recedes and I fall asleep.

But not for long as two minutes later, nature calls and I have to make an Olympian 100 metre sprint to the bathroom.  Fortunately, I had not made any plans for the rest of the afternoon, which is just as well as I appear to be confined to the bathroom.

Whilst there the man in my life wisely beats a hasty retreat back to his shop for fear that I will lodge the meat tenderiser firmly between his eyebrows.  Having smugly said to me with that shit eating grin of his “big crazy coming”?

As the afternoon drags on, the potion which has completely purged my system begins to take effect and life begins to look a little brighter.  I have no sensation at all from the waist down on account of the scalding hot poultice, but hey no sense no feeling!

I have lived to survive another day in Turkey, another minor emergency overcome.  As feeling gradually flows back into my legs, all seems to be right with the world once again 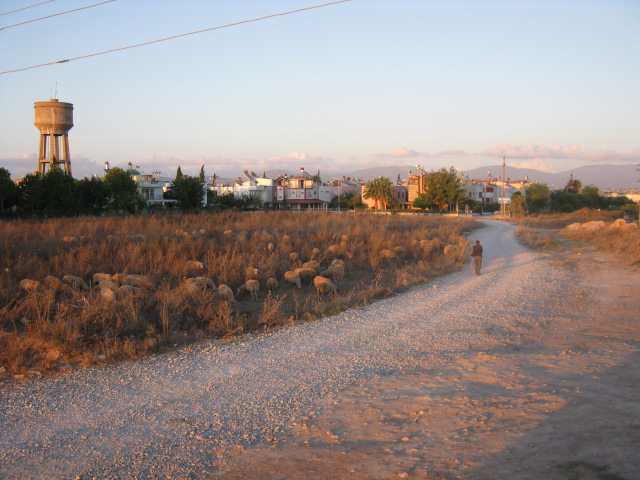 17 thoughts on “When The Going Gets Tough”