I think it’s safe to say that Ahmed has a far better command of the English language than I do Turkish.  Some of his more literal translations leave me creased though and I will endeavour to give you some examples.

When asked about his occupation, he will proudly announce “I am shop man” in a superhero kinda way.  He assures me all the time that he is a very big Mosque man but I have yet to see him get up early and trot off for prayers.

One of my particular favourites is “big crazy coming” which indicates he is becoming furious not to be confused with “I am very big angry” which I think is self-explanatory.

When I mentioned that I wanted to purchase a bottle of Raki as a gift for someone, he told me “be careful drinking Raki, eyes gone” and the literal translation is, if you buy the moonshine variety it can make you go blind.

After being pulled over by the gendarmes for speeding and a bump with another vehicle, I was informed that after the ”car pushing” incident we were going to the “policeman house” which I discovered was jail but that really is a story for another day! 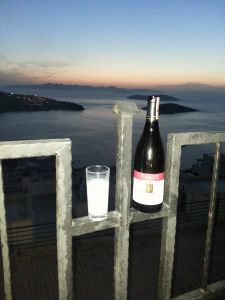