One of Ahmed’s brothers had been involved with an English girl for the past few months. She’d been working in Tinky Town as a travel rep and seemed a nice girl. For some reason known only to Ahmed and his brother, they suspected that she was conducting a liaison with another Turkish lad and set out to catch her in flagrante. Worse still, was the fact that the suspected object of her desires was Kurdish. Now some of you will be aware that the Turks and Kurds have always had a bit of a turbulent history and I think it’s fair to say that they are not big fans of each other’s culture. So my beloved and three of his brothers saddled up and climbed aboard his jalopy late one evening; all bearing a strong resemblance to the poor man’s version of the Sopranos in their dark glasses. Not in the least bit conspicuous you understand! I, on the other hand, was fairly unimpressed with the subterfuge and refused to accompany them on their mission.

From the conversation that I later had with Ahmed when he was recounting the night’s events for me, they tailed this poor girl all evening from bar to bar until much, much later when she returned to a friend’s house for a nightcap. As Ahmed is usually an early to bed man, this in itself was a bit of a revelation and demonstrated just how determined he was to prove he is a “very big good detective man”. Ahmed said that he had crept around the side of the building and looked through the window and discovered this girl with “no costume” (naked) sat on a bed with a boy. Personally, I think she was just a little scantily clad by Muslim standards and her companion was the supposed Kurdish amour. Ahmed returned to the car and related the story to his brothers. They then returned to the front door of this building mob-handed and knocked. Apparently, they were hoping that the boy would answer the door so they could give him a “very big slap”. As it happened the girl answered the door and then there was lots of “big shouting” and Ahmed’s brother “eyes water come” (cried). The Kurdish boy was duly sent on his merry way and whilst there was no physical violence involved; I don’t think he appreciated the curses regarding his mother and an alleged relationship with a donkey.

Then much to the posse’s astonishment there was a big emotional reunion right there on the doorstep between Ahmed’s brother and his girlfriend. There was more “big shouting” but the brothers sensing defeat, left the lovers to their own devices and returned home. 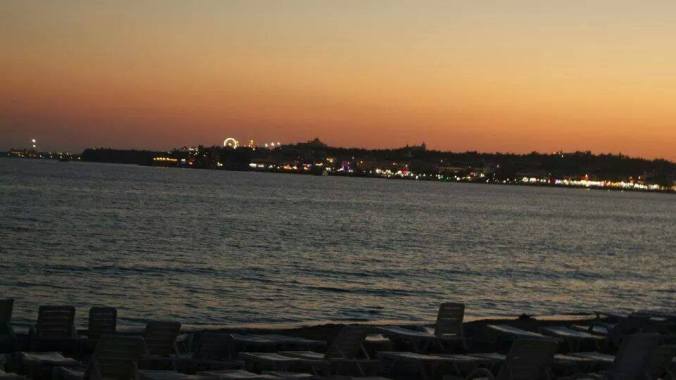 38 thoughts on “No Shit Sherlock”