We awoke again to clear blue skies knowing that this was the last day of my holiday, as the following day; I would be catching my flight back to the UK. Ahmed had once again made me a traditional Turkish breakfast of cucumbers, tomatoes, olives, eggs, fresh bread, cheese, honey and of course, çay; far more nutritious than my breakfast back home which usually consisted of a black coffee and cereal bar to go.

I was going to miss Ahmed more than I thought possible. Although back in the UK, I had visibly flinched when my friends had repeatedly told me when I was dumped, that the only way to get over someone was to get under someone else pretty damn quick. Unintentionally, I had embraced that theory fairly enthusiastically and now had the tee-shirt to prove it!

As we knew we had a long journey ahead of us, we decided to have a relaxing day with a stroll along the beach front, last-minute souvenir shopping and a little sunbathing. Ahmed and I agreed to meet up in the evening for a romantic dinner for two, as my friend was going to be otherwise occupied with the mad bad Turkish captain from the boat trip.

At the appointed time, Ahmed knocked on the door wearing a suit which had obviously been borrowed; as the sleeves were just a tad too long and so too were the trouser legs. Frankly he could have rocked up wearing a tutu and he would still have made my heart smile. Although it was unlikely I would have dined with him in public, particularly if his legs were better than mine. As we shut the door to the apartment, we were accosted by the terrible twins and Ahmed’s brothers. Blank or Blanker, not sure which, assured me we were all going out on the lash. Unfortunately, as after two sherbets I’m usually slewed and after three I’m completely stocious, this had already begun to look like an early night for me. As we walked down the street together, we were also ambushed by my friend and her mad bad captain; and then there were eight! Not quite the intimate evening we had planned!

As we ordered our drinks, I saw a familiar face behind one of the potted palms in the corner of the bar; the girls’ over protective father. I wondered whether this was an unhappy coincidence or if he was, in fact still stalking his precious cherubs; who were this evening modelling the working girl meets Goth look. Which just went to prove what my Grandma had always said; that you saw some sights, when you’d not got your gun with you.

Whilst Dad was doing his best to look inconspicuous and failing miserably, the Turkish belly dancer pounced and endeavoured to get him to deposit lira in her ample cleavage. She continued to shake her tassel-adorned assets whilst batting her drag queen false eyelashes. The little minxes hooted, whistled, clapped and screamed “work it baby”. The belly dancer sensed an appreciative audience, so continued shimmying against the girls’ father, whilst his wife looked on with a face like a badger’s arse. The final straw for Mommie Dearest was when the dancer sat herself squarely on Dad’s lap and hugged his face into her heaving bosom whilst someone shouted “get a room”. Mum abruptly jumped out of her chair and emptied her G&T over the head of the dancer, who was promptly unceremoniously dumped onto the floor when Dad, stood to attention. Mum stormed off hotly pursued by her flame-faced and contrite husband.

Ahmed and I never did have that romantic meal but he did buy me a rose from one of the many flower sellers that frequent the bars. He dropped it onto the table together with a crudely scribbled bar stub. Written on it was a line from a famous Turkish song “Canım Seninle Olmak İstiyor” which very roughly translated means “I Want To Be With You“.

So this is what a holiday fling is like I thought; romantic interlude over Ahmed back to the shop and chasing tourists, and me back to shelf-stacking in Tesco. Somehow, the fates had dictated otherwise but as usual the course of true love never did run smooth. 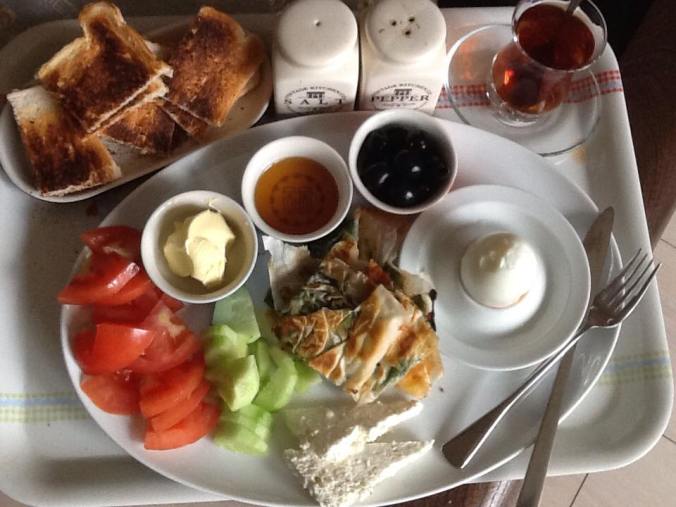