When I asked for volunteers for the story/photo collaborations, I was delighted when Suzanne over at the travelbunny stepped up as I have long been an admirer of her work, particularly her Turkish pictures which remind me of sunshine days and happier times. In fact I have one of her pictures as a screen saver on my laptop to lift my spirits on blue days. I’m grateful that she agreed and I hope you like her pictures as much as I do.

On one of my forays into Didim shopping centre, I decided to browse the Saturday morning market on my own. Not always an easy task, as most of the stallholders spoke little English. This particular morning as I was struggling to understand a wizened old lady selling chillies; an American woman seeing my discomfort translated for me in fluent Turkish. She was a stunning looking mature bohemian lady who exuded style and joy. I’d seen her a few times weaving around the market in her big floppy hat and designer sunglasses, stopping for a chat and smile here and there, or to make a purchase. Her laughter was musical and infectious which matched her sunny disposition.

“Call me Nia” she said “Back home it’s actually Lavinia, but that’s not so lovely is it” she giggled “But then that’s the beauty of being an expat, you get to start over. I’m guessing you’re not a holiday maker judging by your purchases so if you live here I’m guessing………….it must be for a Turkish man.Let’s catch a çay over there in that café and you can tell me all about it. I’m a romance junkie so I’m dying to hear your story”.

Over çay I learned that she had lived on her own on the outskirts of Altinkum for several years tending to her animals and garden. She was an American with a family back home but divorced and to her regret, she said that she’d never had any children but as she had travelled the world so much, she’d never settled down long enough to start a family. She had flown to Turkey after the breakdown of her last marriage, become enchanted by its magic and somehow never left.

“Dallas, life isn’t all about playing safe, but of course, you already know that or you wouldn’t be here. It’s about finding what makes you happy and doing it; and if you happen to find someone along the way that you love and loves the same things you do, then you’ve found the secret to happiness. Even if it’s only for a short while but grab it with both hands whilst you can and when it’s over move on with thanks in your heart for the love you’ve received”

I thought then that perhaps that was a maudlin thing to say but didn’t dwell on it too much as Nia soon had me laughing with tales of her Turkish neighbours. She told me that she lived on the outskirts of Maveshir on the sea front and suggested that I visit her.

So a few days later, Ahmed dropped me off at her house on his way to the Cash & Carry. We stopped en route once or twice for directions and when we pulled up, I was amazed to see that she lived in one of the whitewashed beachfront villas that I had so admired. The surrounding gardens were also lovingly cultivated and full of the colourful Mediterranean flora and fauna that I had become accustomed to. As I opened the gate I was greeted by two street dogs that Nia had adopted and as with many a rescue animal, I never failed to be amazed by their trusting natures despite their often poor treatment at the hands of humans.

Nia was gardening and shouted a greeting so I made my way to the front of the villa to where she was tending her plants. The view was breath-taking and I felt that I arrived in a Mediterranean oasis and each time a breeze blew past me, I caught the heady fragrance of the surrounding flowers and citrus trees. I envied Nia her little Turkish paradise and as she finished up weeding her little vegetable and herb plot, her face was aglow with pride and contentment. I could tell that she was completely at ease with her surroundings and had clearly found the secret to her joy.

I followed her inside where she suggested we sit down and indulge in some of her homemade lemonade. The villa was every bit as stunning and stylish as the outside, framed pictures filled the walls of her villa, which was simply but tastefully decorated. She seemed to have had her picture taken with nearly every Head of State over the past twenty years not to mention a few celebrities. One of her ex-husbands had been a diplomat she explained and they had travelled extensively. She laughed when I enquired about ex-husbands and explained she had three but the real loves in her life she had somehow never got round to marrying. She admitted she was a free spirit and had married to keep her old Bostonian family happy but regrettably it hadn’t worked out and neither had any of her other marriages but she remained on good terms with all the men that had been an integral part of her life. She confided in me that she lived here alone but she said that although it had taken her a lifetime she had at last found real peace and didn’t miss her old lifestyle at all.

I saw her frequently over the next year or so; often we’d meet up for a çay and a chat. She had a way of making shopping expeditions so much fun and I was grateful for her continued friendship. As summer rolled into Autumn she cancelled a few of our outings claiming a migraine but the next time I saw her, I knew that it was something far more serious although she laughed it off with her usual charm. I noticed that she tired easily when we did meet up and our days out would be cut short as she excused herself on some pretense or other. As we took leave of each other at the end of another successful shopping trip, she hugged me fiercely and said

“Remember Dallas, we pass this way only once and life is far too brief to spend one moment being bitter or regretful”.

Of course, I didn’t know it at the time but that would be the last time I saw my good friend. A short while after she disappeared from my life as quickly as she had swept in without fuss or ceremony. I heard that her family had come and taken her back to Boston; her phone was disconnected and her villa deserted with the “For Sale” sign hanging forlornly outside. All traces of my vibrant friend were just an echo now and I wondered whether the next owner would cherish it as much as Nia had. Hellos and goodbyes are such an integral part of life in Tinky Town and many friends pass through and touch your lives for such a short time but with such heart which makes them hard to forget along with the lessons which they taught you.

Some people come into our lives and quickly go. Some stay for a while, leave footprints on our hearts, and we are never, ever the same 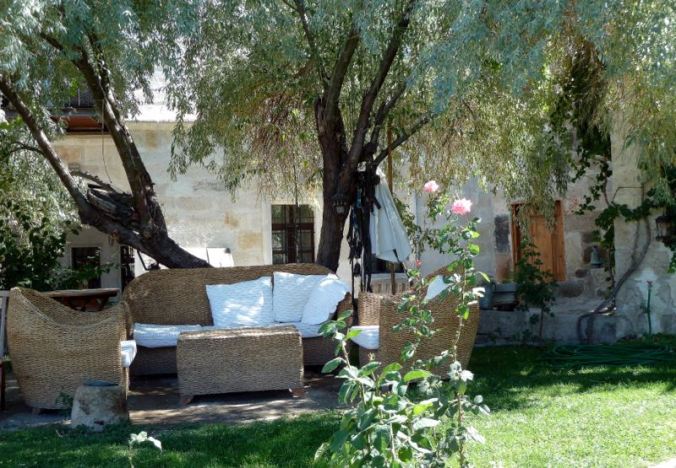