In true village fair tradition, we awoke to gale force winds and torrential rain which meant that the favoured mode of dress was going to be wellies and hi-visibility rain ponchos; 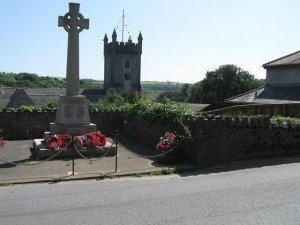 the bright luminous ones that could be seen from outer space.

As the kitchen was a bustling hive of activity and strictly out-of-bounds whilst my mother was putting the finishing touches to her cakes; breakfast was going to be a muesli bar and orange juice but I consoled myself that I might be able to score a bacon butty at one of the refreshment tents if the verger was in a benevolent mood and allowed me a break.

I reported for car park duty nice and early to be greeted by my Dad’s allotment buddies Sid and Ernie who had been assigned the security detail hoping that they would get the opportunity to bodily evict their nemesis, our neighbour Billy Big Potatoes who was one of their competitors again in the produce class. Clearly Arnie or Steven Seagal weren’t available for the gig!

“Name?” said Sid whilst gazing at his clipboard

Really? As they had known me since I had been a twinkle in my Dad’s eye I pointed out that having not yet had my coffee I was a woman on the edge and they may want to rethink their security strategy. Ernie quickly determined that I was not a morning person and prudently offered me a cuppa from his flask which I suspected had been fortified with some of my Dad’s dubious moonshine. Fortuitously, I was able to decline on account of the verger hailing me from the other side of the field.

Reporting for duty with the other car park marshalls, we were divided into teams of two and presented with the County Fair equivalent of the Holy Grail, our walkie talkies, with strict instructions that we were in no way permitted to abuse the airwaves. I was paired up with Erin who was one of the local farmer’s daughters and had been engaged to Tommy, 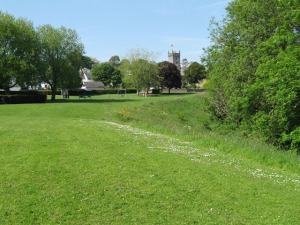 the village postman another a car park steward, for the past fifteen years. As neither of us had succeeded in making it up the aisle of our local parish church, I thought we would get along together famously particularly as I knew where she could pick up a really cheap never-been-worn wedding dress.

After patrolling the car park and setting up the barriers, cars soon started to arrive. The Fire Brigade who were attending the event in a PR capacity were one of the first to arrive and I waved to my former school friend who was driving the engine today. As children, we had nearly torched his house attempting to smoke our first cigarettes so I made a mental note not to engage him in conversation anywhere near the barbecue or the hog roast not wanting to lose my newly tinted and shaped eyebrows by tempting fate a second time.

One of the next cars to arrive was Nauseating Nigel who had been my cheating fiancée Serial Shagger’s suspect choice of Best man for the wedding that never was, who whilst revving up his BMW proceeded to tell me what I had missed when I’d given his friend a swerve. As I was not at my physical best owing to the adverse wet weather conditions and looked like I’d taken make-up tips from the Joker in Batman Returns, he pointed out that as I had let myself go it was no wonder Serial Shagger had drop-kicked me to the kerb in favour of my former best friend. I fought the urge to direct him to a car parking space in the next county and decided instead to use my powers for good thereby allowing him to park in an allocated space.

Next up was the Vicar who was keen to make amends for last years cake fiasco had somehow been manipulated into volunteering for the worst job in the world of judging the Bonniest Baby Competition.  As I realised he was a “dead man walking” I allowed him to park ringside in order that he could make a quick getaway from the mob of torch & pitchfork wielding Showbiz Mommies when their little angels didn’t win the coveted title.

The rain continued to bucket down and I sneaked off to a Burger wagon aptly named “Get Stuffed” for a quick bite whilst the verger was distracted by a parking violation, not realising that the afternoon was going bring with it a whole heap of surprises.

Want to see what happens next then check out Part Two