The Flying Fryer, the mobile fish & chip van, has been providing delicious fried foods to our village for the past twenty years long before the arrival of pizza delivery and Chinese takeaway. No Saturday night in could be considered the same without one of their deep-fried treats.

Whilst my mother doesn’t approve of purchasing food bought from a mobile vendor deeming it unhygienic & unsavoury, Dad and I used to sneak out on the nights she was at one of her Women’s Institute meetings for some golden cheesy chips smothered in salt and vinegar and served in the obligatory newspaper. Just for those that don’t know, they most certainly always taste better in newspaper although these days the newspaper has been replaced with a more sanitary wrapping. I usually smuggle them into the house disguised in a supermarket carrier bag so that the neighbours are unable to report our treachery back to my mother.

Harry, who owns the Flying Fryer is a big fella and devoted to his wife Maureen; there is a theory that the longer you are married to someone the more you tend to grow alike & in this case it was irrefutable. They had worked side by side in the small van like a well-oiled machine for as long as I could remember. On the morning in question Dad had strolled up to the local Medical Centre for his weekly appointment with his physiotherapist and bumped into them both in reception. Maureen had broken her wrist and was bemoaning the fact that she wouldn’t be able to help her husband with the lunchtime rush and he wouldn’t be able to cope alone. So naturally unbeknown to us the old fella offered his somewhat limited assistance which was gratefully accepted.

As the afternoon wore on and it started to become dark and numerous phone calls around the village had failed to locate him, I was despatched by Her Maj to ascertain my Dad’s whereabouts. The old dear was convinced he was lying injured in some ditch, I on the other hand, made a beeline for the allotment where I found the dynamic duo of Ernie & Sid, his allotment buddies giggling away tight as ticks laying waste to the last batch of my Dad’s dandelion wine. When I enquired about the whereabouts of my tee-total father they informed me that he was helping out a friend and I’d best check the village car park.

When I eventually tracked him down there he was behind the counter of the Flying Fryer beaming and chatting away with the customers whilst handing out change and taking orders. I stood under the street light watching him for a while. The joy on his face was obvious when he was teasing the children and carefully counting out the cash.

As I strolled over to the van, Harry said “It’s okay Bob, you go on as I think we’re about done for the night. Thanks for your help, you’ve been a right Godsend today. In fact, don’t know what I’d have done without you, mate”

My old Dad’s flushed face lit up like he’d been showered in golden pennies. As we walked home together arm in arm he smiled at me and said “I just wanted to feel useful” and in that moment I realised that our friends and neighbours had given my Dad something which none of his immediate family had been able to: a sense of purpose and for the old fella that had been more precious than treasure.

Back home, not everyone appreciated the local village hero as my mother insisted he sleep in the spare room claiming that she wasn’t sleeping alongside someone who smelt like smoked kippers. 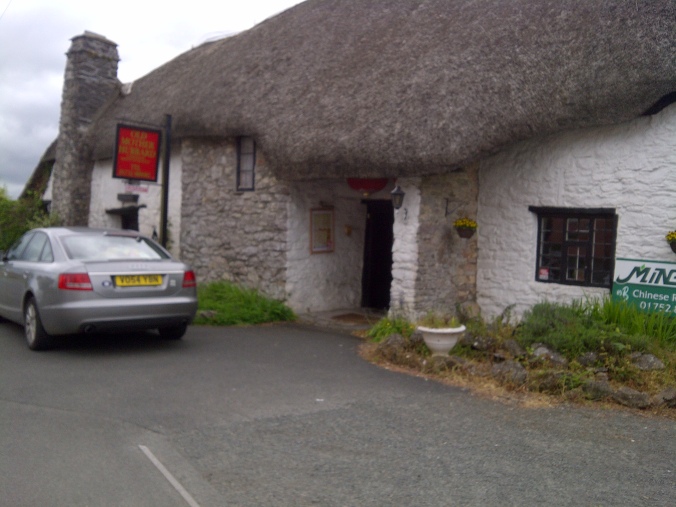 41 thoughts on “Ask Yourself Who You Want To Help Today, Then Put On Your Cape & Do It!”