No one can deny the power of marketing, we seem to be so easily influenced these days by the promises of becoming more attractive, thinner, & younger if we use the latest must have beauty products most of which will probably cost us a week’s wages. Completely different to my Grandma’s day when she remained a Pond’s cold cream girl throughout her life after a dab of Yardley’s freesia talc followed by a spritz of 4711 cologne and I never saw her without a Max Factor compact tucked away in her handbag. With the absence of television advertising I am unsure what the lure was back then or maybe it was the scarcity of products available that ensured customers continued to use the tried and tested cosmetics of that time.

As a very young teenager I pleaded with my parents to buy me fragrances such as Tramp, Charlie and Babe; which in hindsight all smelt not unlike cat urine and were significantly overpriced no doubt to pay for the costly television advertising campaigns. None made me more attractive with boys (no surprise there) or increased my popularity with my peers. My sister didn’t fare much better with her Body Shop favourite of Dewberry sadly the bees also found it very attractive so after a particularly nasty sting it was discarded in favour of Yardley’s Panache which frankly didn’t smell much better.

These days as neither my sister nor I don’t have much in the way of disposable income our downfall is household detergents. We are far too easily enticed by promises of the cleanest or sparkliest bathroom or in my case my particular weakness is something which makes a housework task less labour intensive. I am all for shaving minutes off anything which shortens the amount of time I spend doing dreary chores.

It seems that every Christmas in an attempt to boost festive sales we are bombarded with expensive television advertisements which have become mini feature films with supermarkets and department stores vying for the top spot. Cosmetic companies in particular must spend their entire advertising budgets at this time of year in promoting their latest product endorsed by some celebrity headliner to manipulate us into believing that some perfume could inject a touch of glamour to our lives.

The truth is would we buy some luxury cosmetic with a less opulent sounding name something a little more fundamental for example;

Are we really so easy swayed by the hint of the exotic or are we tempted more by a sexy sounding name & would we buy the same product if they were a little more ordinary? So tell me what marketing campaigns seduce you? 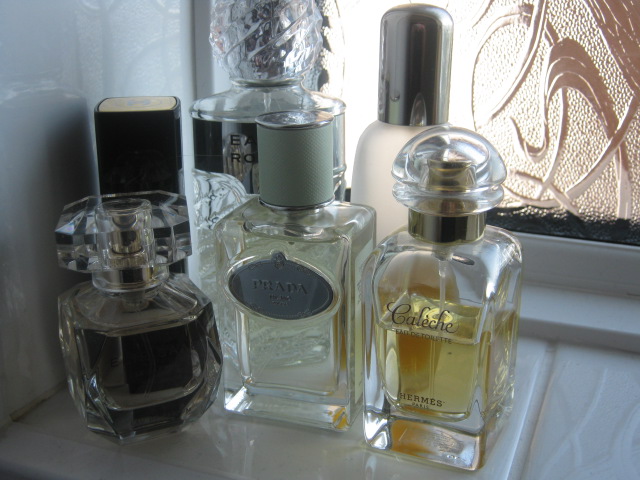 A little more upmarket in my choice of fragrance these days!

16 thoughts on “The Sweet Smell Of Success”